**Disclosure – I was invited on a preview lighthouse cruise in exchange for my honest review. All opinions are my own!** 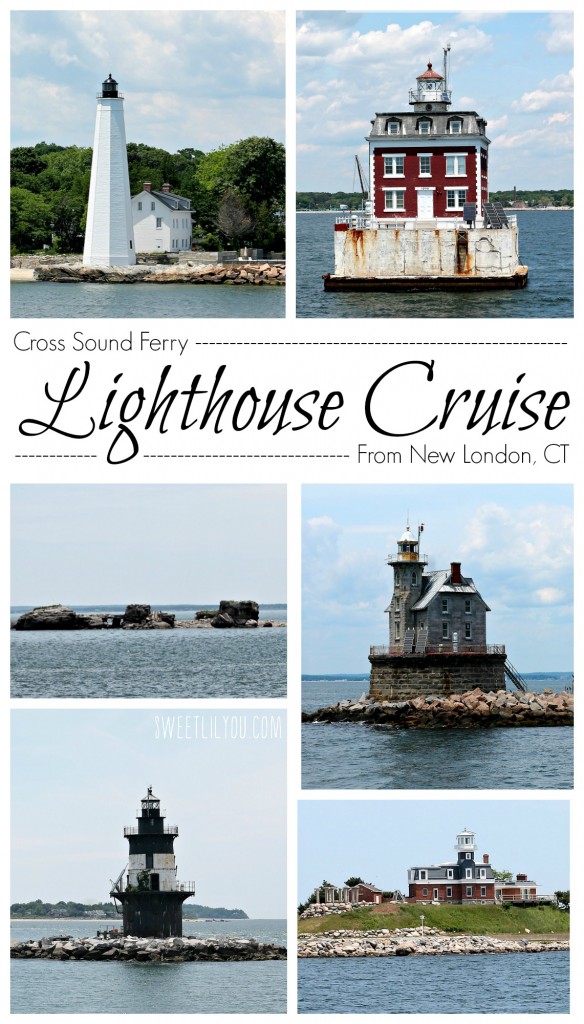 If you love lighthouses, or are looking for something different to do with your family, or guests from out of town, you need to check out the new Lighthouse Cruise with Cross Sound Ferry!

Avery and I had a chance to check out a preview cruise this week and we both had a great time!

When we arrived, we were told where to park. Since it was a media event, we had special parking, but there is ample parking in New London including the on-site parking lot at the ferry docks, and nearby parking garages!

We were greeted by the wonderful crew as we boarded the Seajet. Seajet is a400-passenger, smooth-sailing, wave-piercing catamaran capable of cruising at speeds in excess of 30 knots (35 mph).  There was ample seating, including booth-style seats and airline-style seating.  The Seajet has two enclosed air-conditioned passenger decks and spacious outdoor deck up top! We chose one of the booths, and got right down to business. 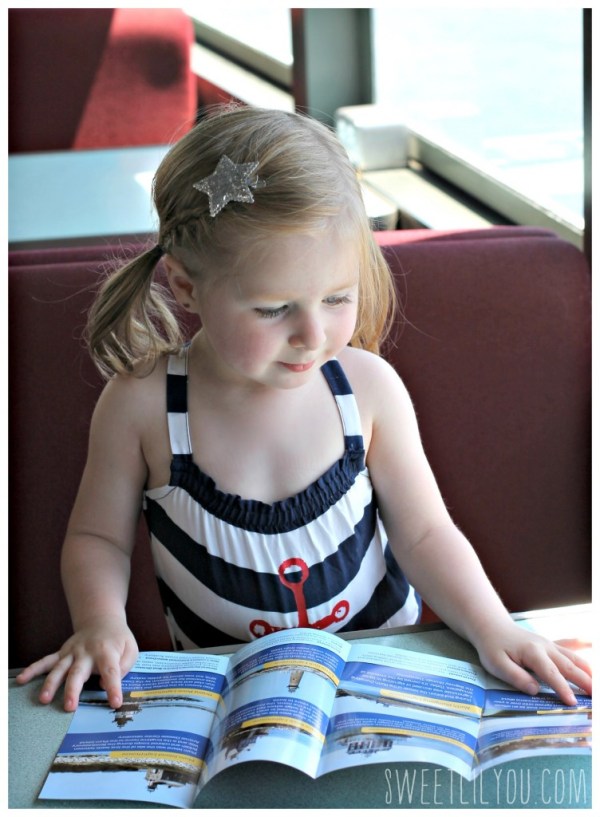 I had brought plenty of activities for Avery, just in case.  A few little toys, and a coloring book were perfect, and she had lots of space to spread out. 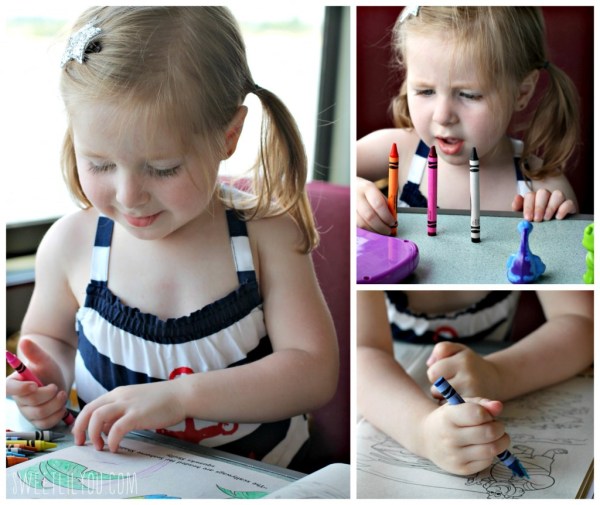 On board, they offer many options for food and beverages. We had pastries for breakfast, and later, we shared a delicious ham & cheese sandwich!Avery especially loved the GIANT chocolate chip cookies!

As someone who works in the social media world, and lives in fear my phone battery dying, I was thrilled to see that there were outlets at every table! 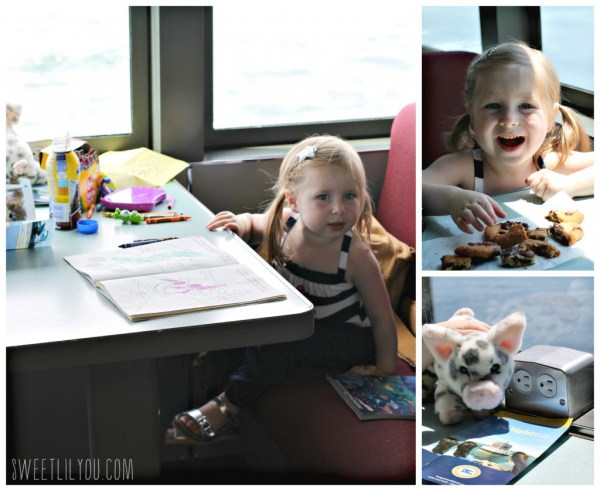 We had a wonderful narrator/guide on board, Ted Webb. He was incredibly knowledgeable, and you could tell he had a passion for the history or the area and a great love of sharing that history with others! He even gave us a quick knot-tying lesson!  It was truly wonderful to learn about the lighthouses, and the area, from someone with such passion! He had so many interesting bits of information that you’d never learn from a basic travel guidebook! 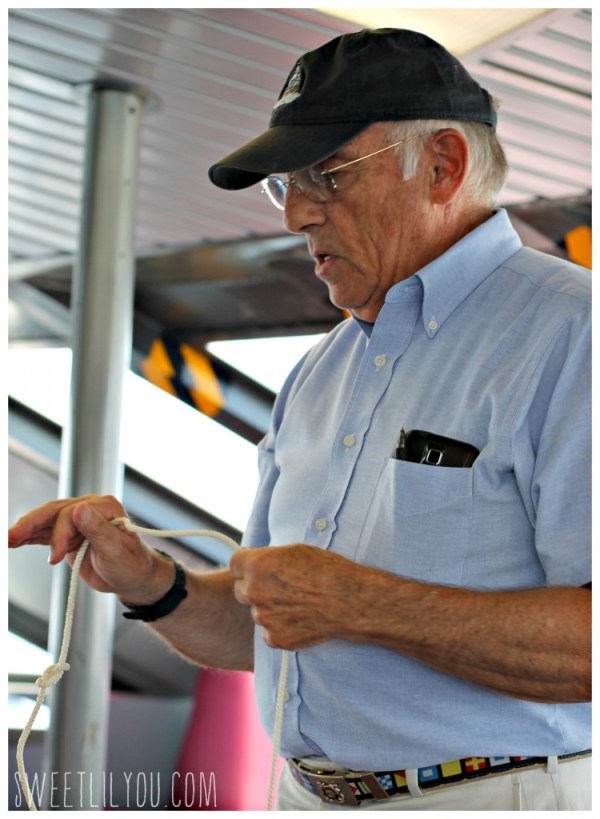 We spent some time on the top deck, but it was a bit too windy for Avery, so we headed back down to our table.  (If you plan to sit up top, don’t forget your sunscreen, and maybe a light jacket, as it can be a bit chilly for some, with the wind!) 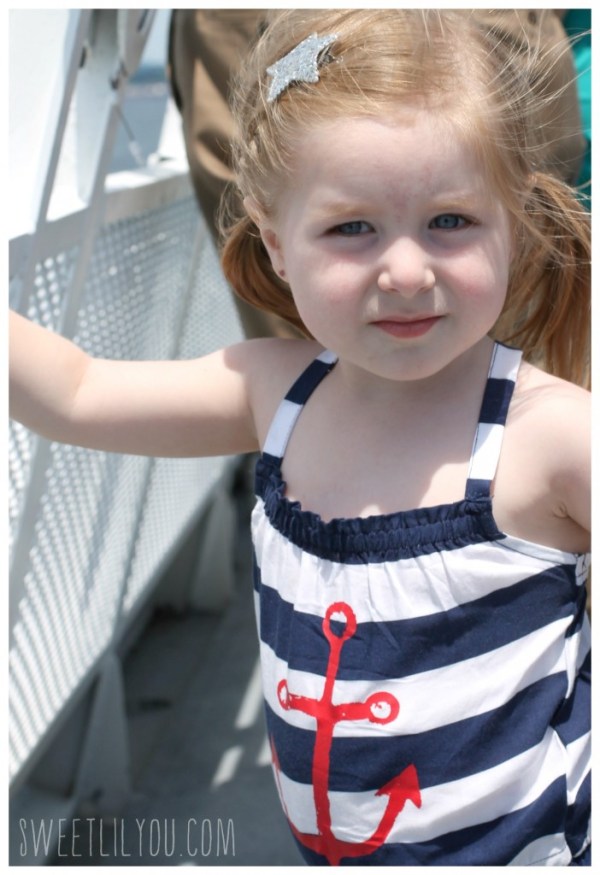 The cruise was very interesting. I learned so much about the lighthouses along the Thames River, Long Island Sound and Gardiners Bay. The tour lasted 2 hours, which was perfect. I felt like I’d gotten a great experience, and history lesson, but it wasn’t too long that Avery got bored.

The tour took us to see 8 lighthouses and other historical sites including: 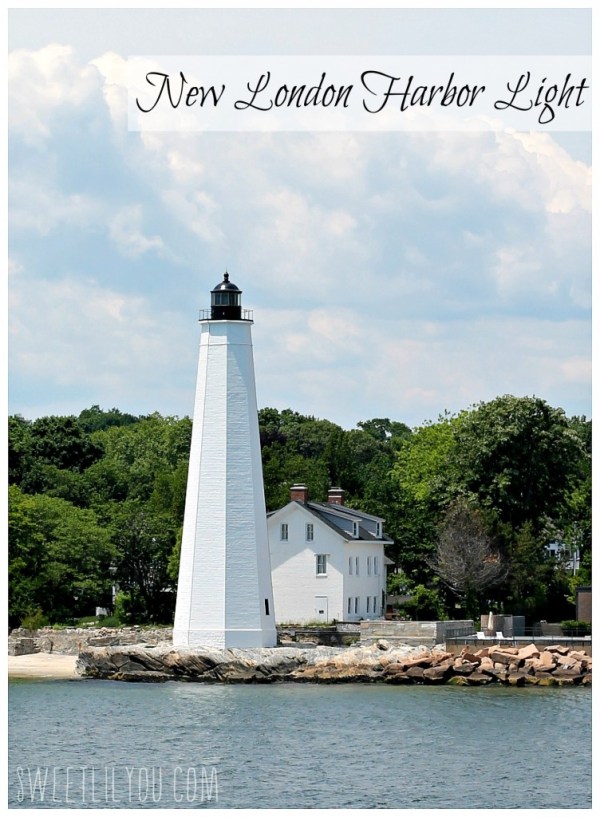 New London Harbor Light is the oldest lighthouse in Connecticut! The original New London Harbor Light helped guide colonial privateers who sought shelter up the Thames River during the American Revolution. According to the US Coast Guard, from the top of the light, it is possible to see at least seven other lighthouses. That’s more lighthouses than you can see from any other place on earth! 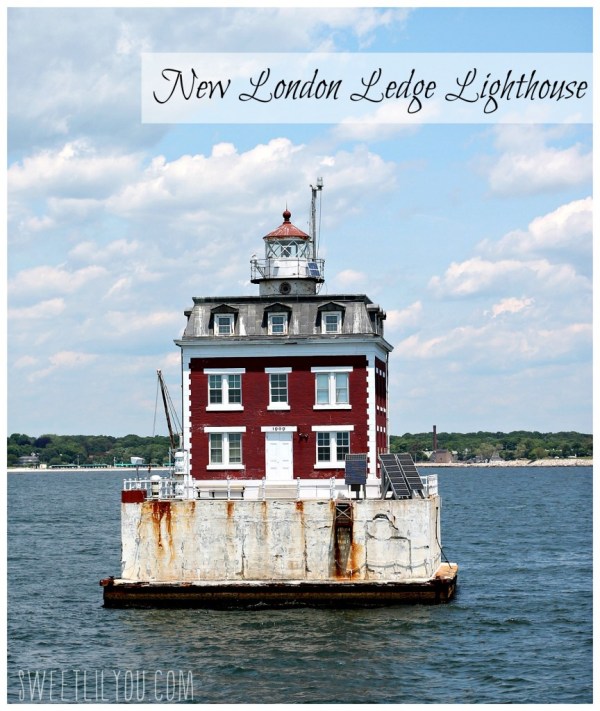 New London Ledge Lighthouse is a French Second Empire structure, and is architectually unique for a lighthouse.  We also learned that this lighthouse is haunted by Ernie, the ghost of a former keeper! 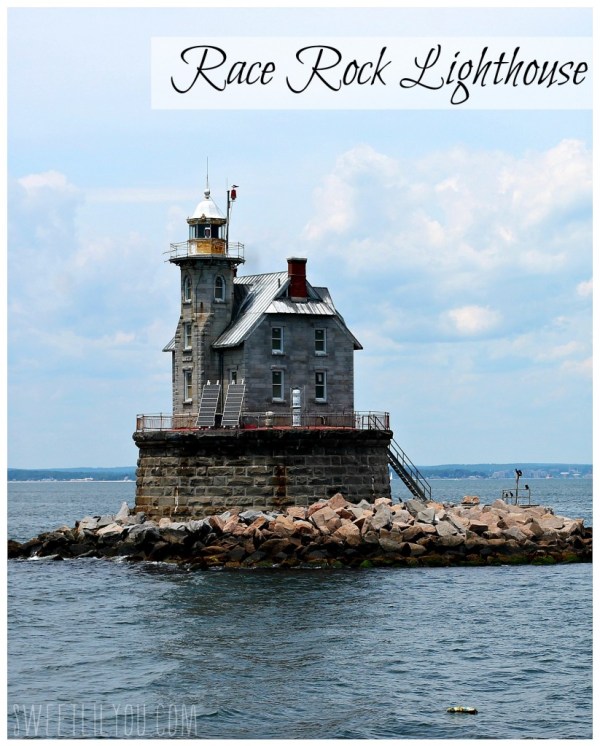 Race Rock Lighthouse was built to help ships avoid Race Rock Reef. It was no simple task, as it is built on a ledge where fast currents and conflicting seas caused great difficulties. The foundation alone took 7 years to complete! 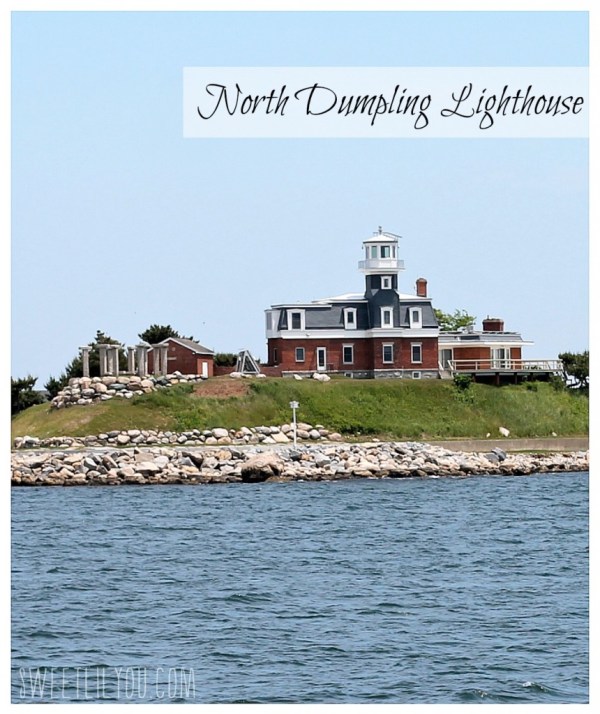 North Dumpling Lighthouse has an interesting history. It is said that during prohibition, the keeper would signal to liquor smugglers! It is currently owned by Dean Kamen, the inventor of the Segway. He jokingly seceded  from the US and refers to the island as the “Kingdom of North Dumpling” There is a constitution, flag, currency, national anthem, and a navy consisting of a single amphibious vehicle. Residents of North Dumpling are called “Dumplonians”, and Kamen refers to himself as “Lord Dumpling”. The island features a replica of Stonehenge! 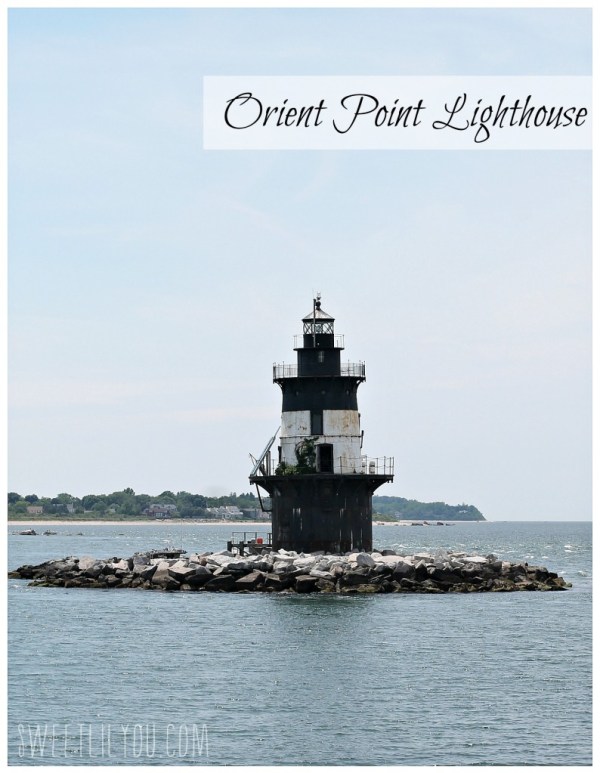 Orient Point Lighthouse is known as the Coffee Pot Lighthouse, though, as our guide pointed out, it looks more like a sparkplug than what we think of as a coffee pot today! 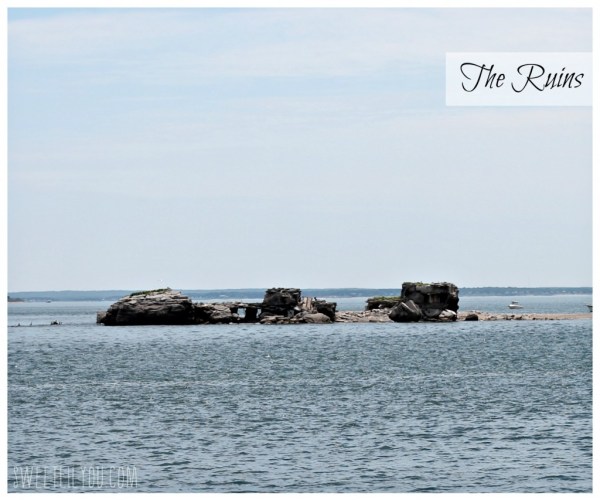 The Ruins are just that, ruins of a former military fort used for Navy torpedo target practice in WWII.  Ted told us stories of how he and his friends would take their small boats out to the island as kids, and how the island is significantly  smaller than it was back then. 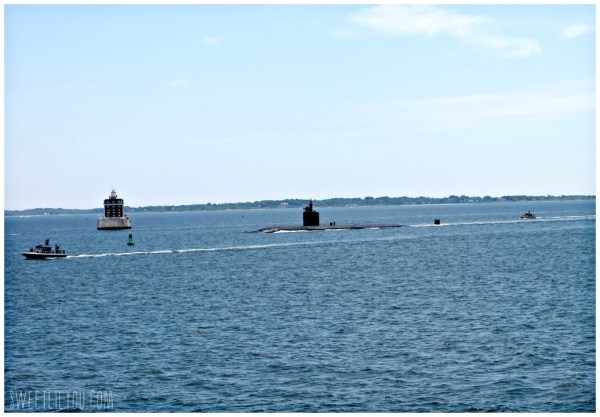 I had such a nice time that I’d love to take my family, especially my mom (who loves lighthouses) on this lighthouse cruise! I wasn’t sure how much Avery was taking in, until the end of the day when she pulled out the brochure and excitedly exclaimed “I saw these lighthouses on the boat!!” and was excited to share what she saw and learned with Dave!

For more information, and to make your reservations visit longislandferry.com/lighthousecruise and be sure to check out their other specialty cruises and ferry service!

Thank you to Cross Sound Ferry for giving Avery and I this fun opportunity! 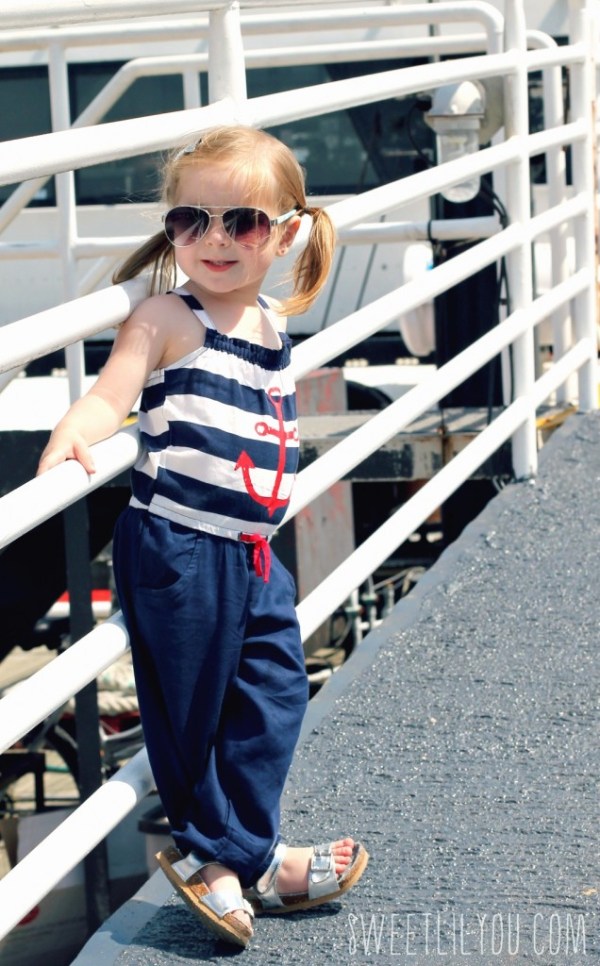