*Disclosure: We received this Luciana Vega doll to facilitate our review. Avery has decided to donate Luciana to her school’s Spring Benefit auction to raise money for the Lincoln Fund.  You can find more information about the benefit and auction HERE* 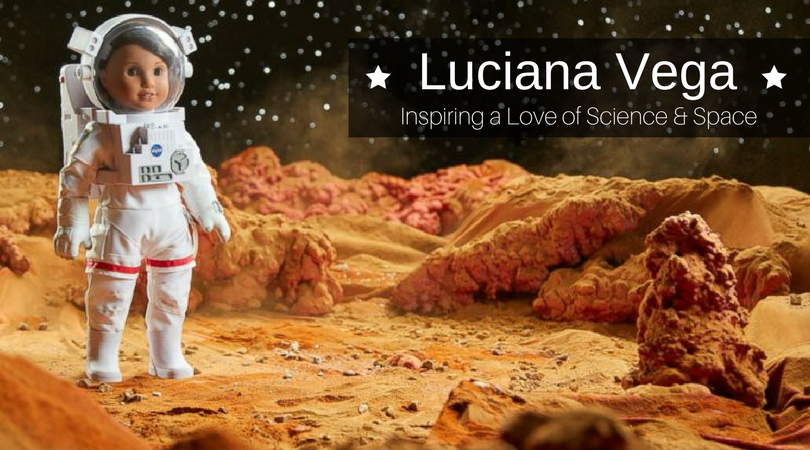 “I’m just not smart at math. It’s not my thing. I am not smart at math” Avery is 6 years old, and hearing those words from her was a punch to my gut.  I remember having those same feelings but for me it started in 3rd grade, after a terrible teacher spent her days trying to humiliate me after I froze during a timed multiplication test. That was the moment I decided I just wasn’t “smart at math” and it has followed me my entire life.  I always hoped that Avery would just be a natural at math, and it would never be a concern. “Please let her be healthy. Please let her be happy. Please let her be REALLY good at math.”   Avery is smart. Wicked smart. She also has AMAZING teacher who help her overcome any challenges she faces. Since she told me she wasn’t “smart at math” things have started to click. She’s making those connections, and math makes sense and has become a lot more fun. She IS “smart at math” and I am so grateful that she goes to a school that won’t let her forget that or coast through on the idea that it just isn’t her thing.

There is a massive gap between boys and girls, and how they feel about STEM subjects. That gap has nothing to do with skill, ability, or brain power. It is confidence. Studies have show that girls, as young as age 6–Avery’s age, start to develop this idea that they are just not good at math.  Why is this?  Well, as the saying goes,  ‘You can’t be what you can’t see.’ When we look at toys, games, tv shows, movies, etc., with few exceptions, they are not promoting STEM. While we are seeing some major improvement in this arena, girls simply aren’t seeing many female role models in those fields.

Fortunately, Avery does have some amazing role models in her school and they have created the new STEAM Hub For Girls, “Lincoln’s STEAM Hub for Girls will bring the vigor and excitement of our partnership experiences to Lincoln’s campus, allowing our talented faculty to guide students in interdisciplinary coursework that gives them every opportunity to learn, explore, and break new ground in their future fields.”   I am confident that this will help her to see that she is “smart at math” and build her confidence in her own abilities, and inspire her to pursue whatever field she feels passionate about.

American Girl has also created a role model for girls in Girl of the Year, Luciana Vega. Luciana empowers girls to “defy stereotypes, and embrace risks that will teach them about failure and success as they chart their own course in life—whatever the goal.”  Luciana is creative, confident 11-year-old girl and aspiring astronaut who dreams of being the first person to go to Mars. And, while she has the skills and smarts to achieve her goals, she also learns that being a good leader and team player right here on Earth is the best first step.

Luciana’s world comes to life via a beautiful 18-inch Luciana™ doll, featuring warm brown eyes, medium skin, and dark brown hair with a distinctive purple streak to show off her creative side.    Other STEM-inspired outfits, accessories, and products that reflect her Space Camp®experience include Luciana’s Flight Suit and Space Suit, her Maker Station, and a Mars Habitat loaded with science and research essentials for hours of pretend play. And—for the first time—girls can further engage in Luciana’s world by downloading the American Girl app and scanning her catalogue pages and products to unlock exclusive content, including augmented reality, trailers and videos, space simulations, quizzes and challenges, and much more. 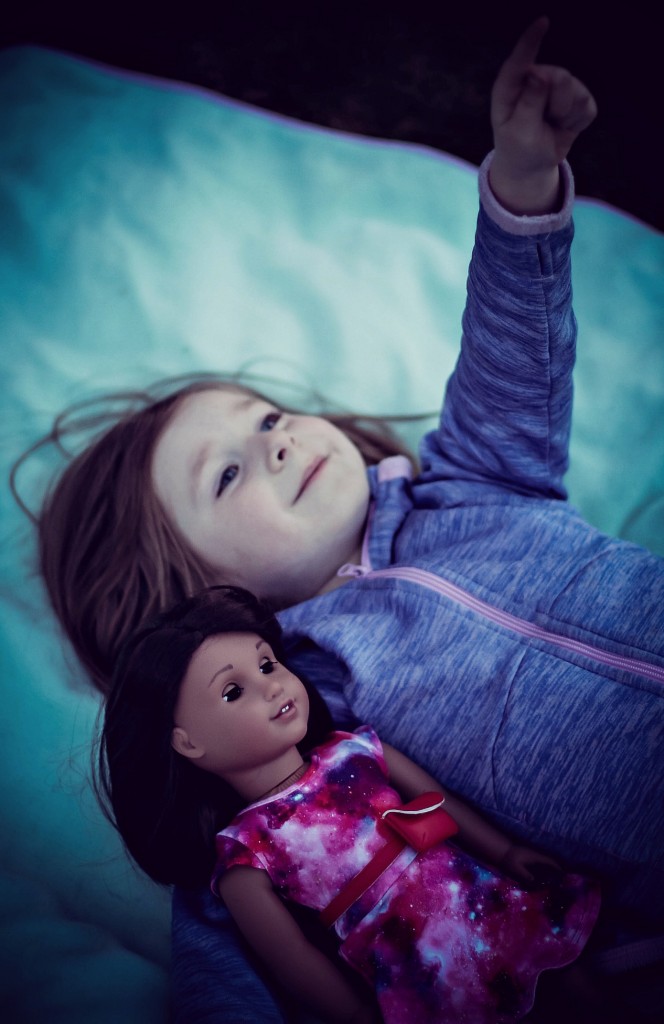 Additionally, Luciana’s story is chronicled in a chapter book series written by Erin Teagan and published by Scholastic. The first two books, available now, introduce readers to Luciana, a young girl of Chilean descent with a serious science streak, who loves the idea of exploring new territories in space. After winning a scholarship to Space Camp in Huntsville, Alabama, Luciana is thrilled to launch her dream of landing on Mars. But as she ascends from Space Camp kid to youth astronaut trainee, she faces many challenges that test her competitive spirit and self-confidence, and she must find the courage to embrace the unknown with bravery, curiosity, and wonder. 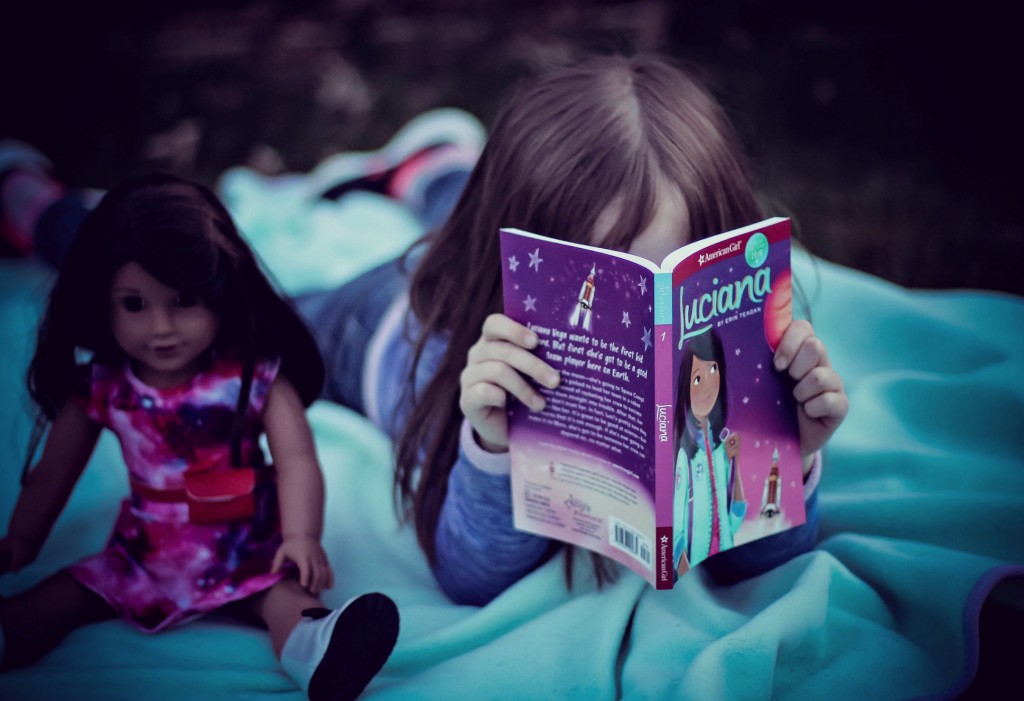 To help ensure the accuracy of Luciana’s story and product line, American Girl worked with the following four-member Advisory Board who were integral to Luciana’s development: Dr. Ellen Stofan, former NASA Chief Scientist; Dr. Deborah Barnhart, CEO and Executive Director of the U.S. Space & Rocket Center; Dr. Megan McArthur Behnken, NASA Astronaut; and Maureen O’Brien, Manager of Strategic Alliances at NASA. In addition, a team of American Girl editors and product designers visited Space Camp and NASA’s Johnson Space Center in Houston to gain insight into a day in the life of a Space Camp trainee—from putting on space suits and learning about the “right” way to eat in space to conducting a mission in micro-gravity. American Girl’s partnership with NASA was developed through the Space Act Agreement to inform and inspire the wider public (and especially young girls) about the excitement of space and STEM careers.

To engage girls and boys with Luciana’s message, American Girl—in partnerships with Scholastic, NASA, and Space Camp—has funded Blast Off to Discovery, an educational program to help third though fifth-grade students explore the wonder of space through Luciana-inspired content, including STEM-based lesson plans and classroom activities, videos, a game, and more. The program will be available on www.scholastic.com starting January 31, 2018. 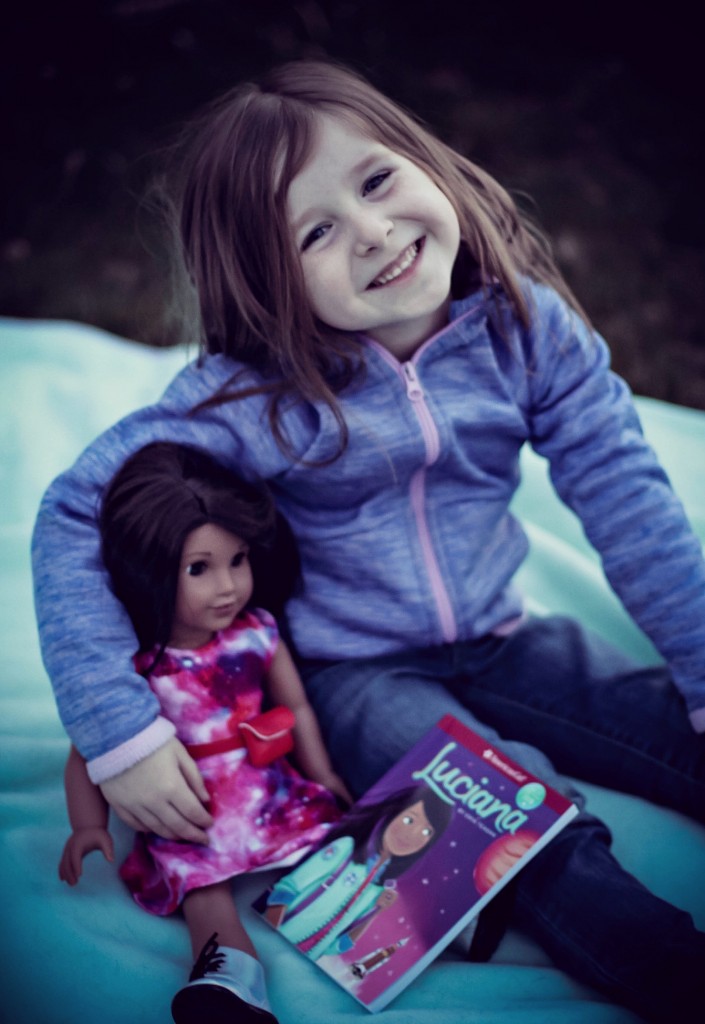