It is Father’s Day eve and I really want to take a moment to write about what an awesome father Avery has and the awesome dads that Dave and I have. 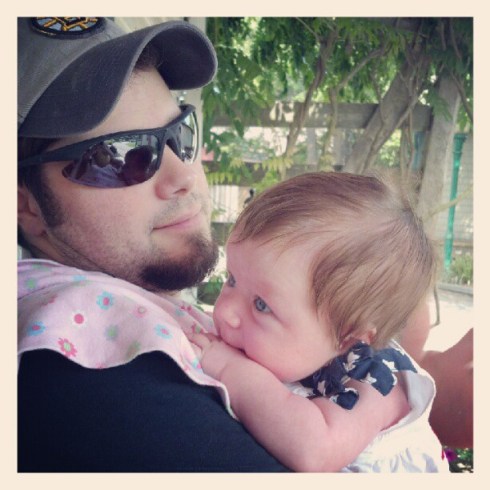 I learned from my dad all about what a great father is.  He has a great sense of humor and could always make me laugh and my friends adore him as well. (My friend’s moms liked him a lot too haha)  He has always been an incredibly hard worker, a man who does what he has to do in order to take care of his family. He’s a “Man’s Man” who can change his own oil and can change a tire (you’d be surprised at how many guys I’ve met who can’t…..sad….) But he’s also the kind of man who has no issue running to the store to buy tampons. (I credit this to having grown up with 3 younger sisters) He took me to the museum and taught me he difference between a turtle and a tortoise (again, you’d be surprised at how many people can’t tell the difference…..) He taught me how to throw a football, and catch a pop fly. He built tepees out of fallen tree limbs, and pimped out my Barbie convertible with model paint and hand cut decals. He never missed a school concert or art show. My dad was a great dad to a little girl (and he is still a great dad and grandpa)

My dad taught me how a woman should be treated by her partner. He showed me that real men stand beside their wives though the most difficult times. I knew I wanted to marry a man who had the same qualities as my father.

Dave learned a lot from his father about how to be a good partner. About sticking by your wife through thick and thin. Dave’s mom has a medical condition that could have caused other men to leave, but Dave’s father has stood by her for 30 years. Dave shares this trait with his dad and proved to me that he too, would stand my by through it all.

About 2 years ago I woke up with numbness in my feet. Over the course of a few days that numbness spread up my legs, to my torso and eventually to my hands. After numerous doctors visits tons of tests it was discovered that I had a lesion in my spinal cord.  I ended up with a neuro-oncologist and a neurologist debating whether I had MS or Cancer. Dave held my hand through a spinal tap that took over an hour and what seemed like 100 stabs of the needle (Apparently I have “unique anatomy” and the Doctor had a lot of trouble getting in the correct space)  During this time Dave proposed to me, and we were in the midst of wedding planning without a diagnosis. It was the scariest time in my life, but Dave was there for me. At one point I told him that I wouldn’t blame him if he wanted “out” I would understand. We were looking at the possibility of me having a debilitating disease. One that would affect both of our lives. We were also facing the possibility that I’d die (you always think that when someone mentions “Tumor”) He said he’d never leave me, and no matter what the diagnosis was, that he’d be right there with me, supporting me, holding my hand. I knew in that moment that I had chosen the perfect partner.  In the end, all my tests came back negative. So two years later I still have no actual diagnosis, but fortunately the majority of the numbness has gone away (though I still limited feeling in my finger tips) But I knew that if the results were bad, that I’d have Dave there, and that made it a lot less scary.

Avery has the best dad. He will always be there for her. He will love her unconditionally. He will protect her. She’ll see how he treats her mom and he’ll show her how she deserves to be treated. 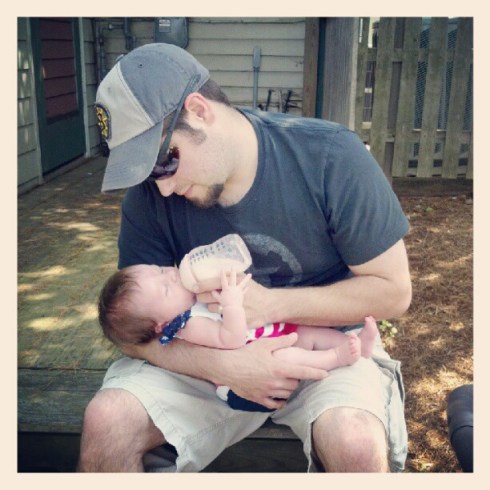