This shop has been compensated by Collective Bias, Inc. and its advertiser. All opinions are mine alone.#UltimatePitStop #CollectiveBias © 2017 Disney/PixarCrazy 8 Crashers 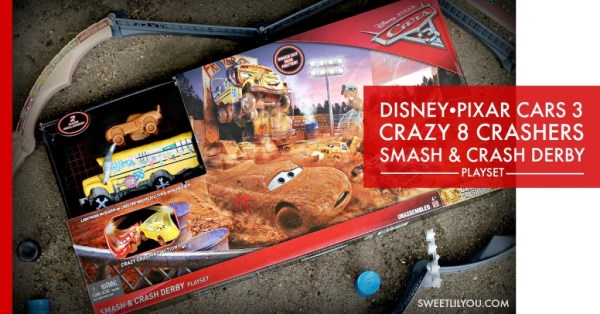 You know what HUGE Disney•Pixar’s Cars fans we are in this house (Remember our Planes Christmas Tree??) So it should come as no surprise that our whole family had been anxiously awaiting the release of Disney•Pixar’s Cars 3!! With a racing crazed husband, and a kid who shares my love of all things Disney, this movie was at the top of our summer bucket list.  I won’t share any spoilers, but let me tell you, this movie did not disappoint! We all LOVED it!

To get us through the days leading up to the premier, we read books, watched the other movies, googled all the new characters, and of course, played with new Disney•Pixar’s Cars 3 toys! Our favorite is the Disney•Pixar Cars 3 Crazy 8 Crashers Smash & Crash Derby Playset! 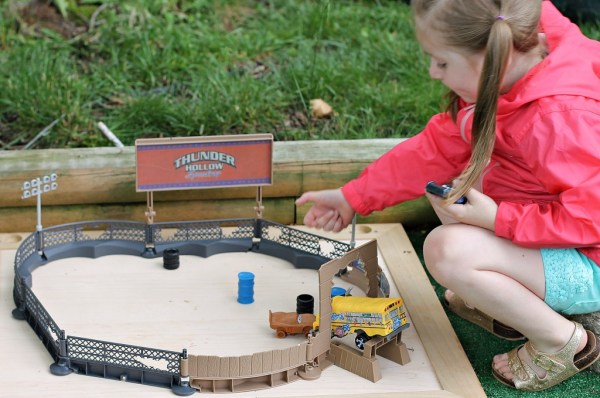 Interested in finding new Disney•Pixar’s Cars 3 merchandise? Hover over the photo above and click through to Amazon.com to buy! 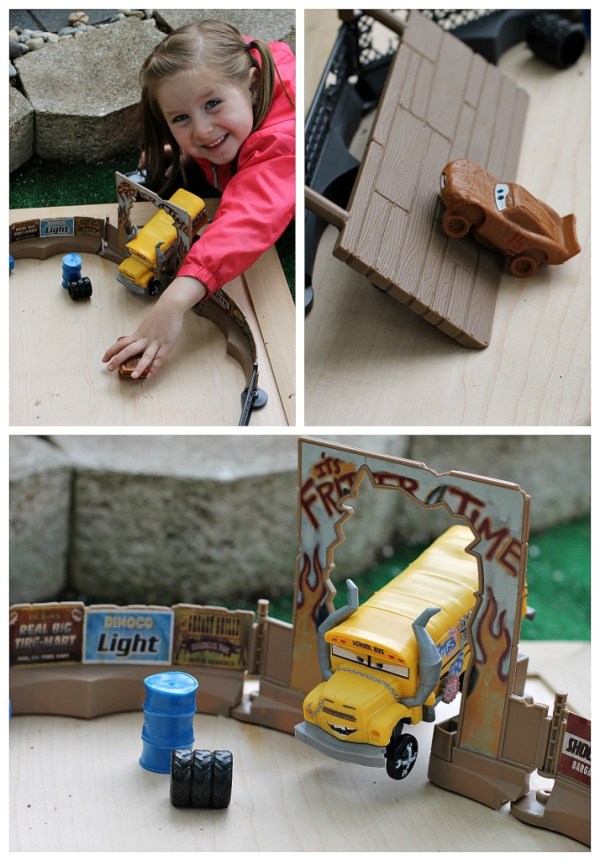 The set is intended for indoor use, but on the days when it has been nice out, we’ve brought it out to Avery’s playspace. I grabbed a piece of wood, and set it up on that. You want a nice smooth surface for the cars to slide around on. 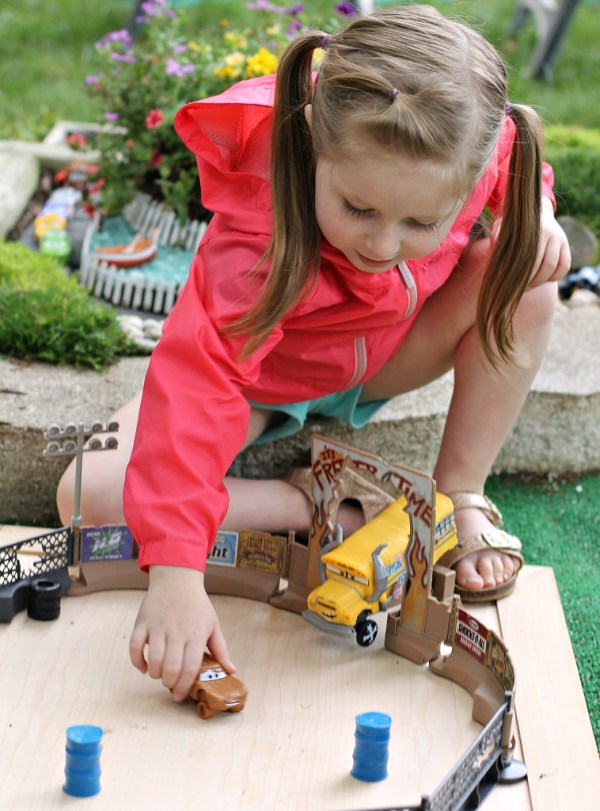 This toy is simple to set up! The fencing just snaps together, and you’re ready to go! Rev up your racers and watch them speed and bash around. The Crazy 8 cars rev up in any direction, and spin and slide around the space! You never know where they’ll go!

On the super humid and/or rainy days, this set has still been the toy of choice! 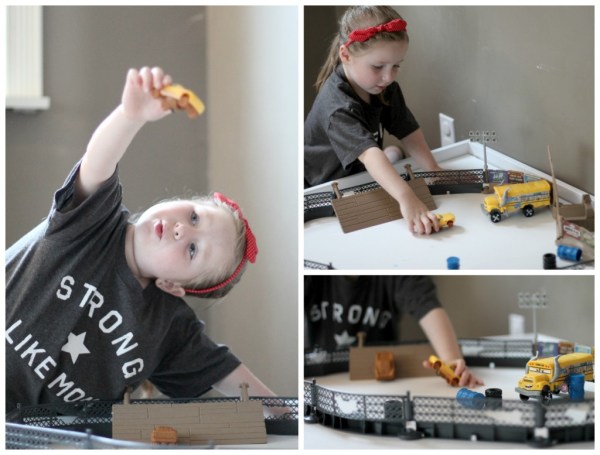 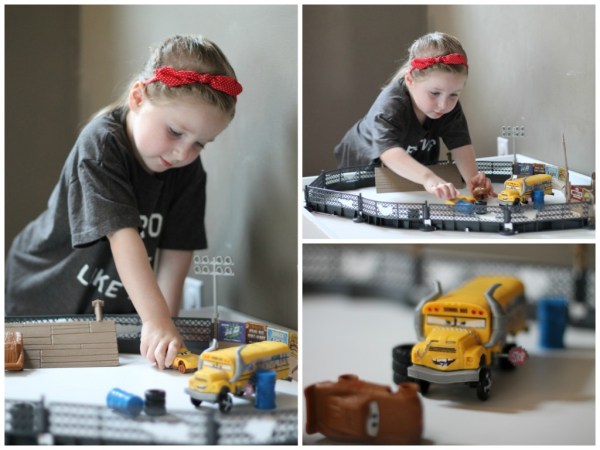 One of the major themes in Disney•Pixar’s Cars 3 is mentorship and how helping others makes you feel good. We’ve been talking about this a lot as Avery has a younger friend on her t-ball team and attends camp with younger kids. I’ve been trying to model that behavior with her. One of Avery’s biggest passions is art, and as an artist myself, I love being able to help her develop her skills.  While playing, she decided that she wanted to draw some of the film’s characters.

I suggested that she draw the scene she had set up with her playset, and helped her to draw what she saw. 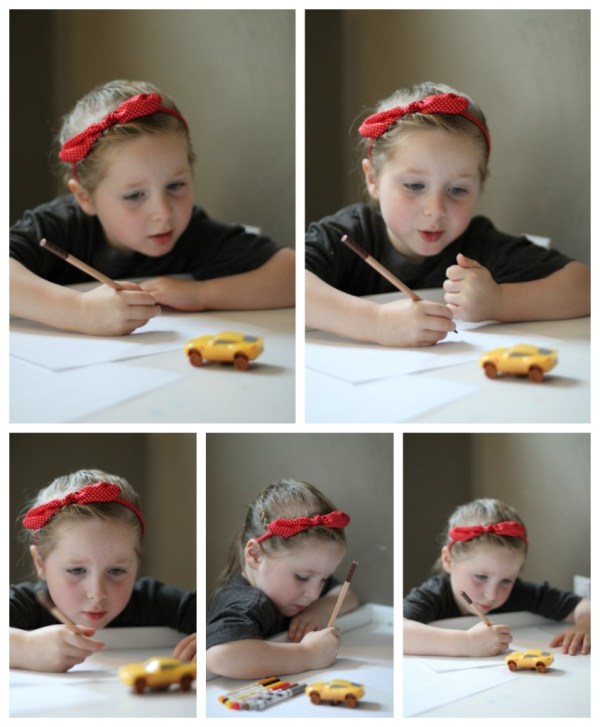 She enjoyed spending that time learning from me, and I enjoyed watching her draw and the excitement in her face when she “got it” It was such a wonderful way to mentor, learn, AND play! 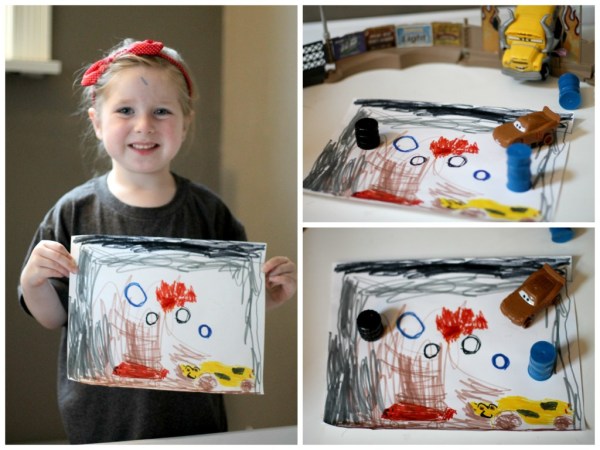